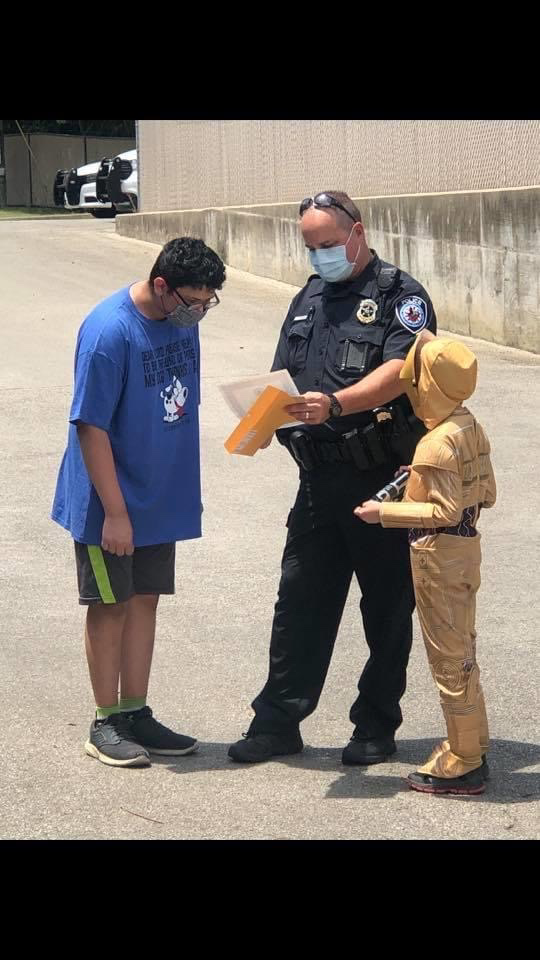 Making a positive difference in our community

Several weeks ago, a Mom who has a son who is autistic reached out to one of our officers and asked if we could do something for his 16th Birthday.

We were honored to be asked. His two favorite things are Police Officers and Star Wars.

First came a parade of Jeeps, Harleys and First Responders. Thanks to officers, Jair Egan was given a certificate from the Galactic Republic Academy signed by the Chancellor, Head of Jedi Council and Republic Clone Commander.

Boba Fett and C3PO were present to celebrate the event as well. He gave us an awesome thank you card.

These are the things that we do for our community.